How Much Does the Tooth Fairy Leave? 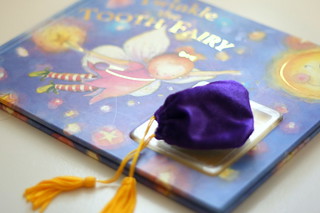 Have your kids started losing their baby teeth? Not sure how much to leave under their pillow? The tooth fairy’s treasure varies over the years and even by region, and more than one parent has wondered what to do:

A poll done by Visa found that that kids get an average of $3.23 for every tooth they leave, and that most parents give a lot more for the first lost tooth. For example, Visa found that kids in the Northeast get the most, receiving over $4 a tooth. Western states are next up with the Tooth Fairy giving an average of $3.70. Kids in the Midwest get the least with only 3.30. However, a third of parents said the Tooth Fairy leaves only one dollar or less, a more comparable number to when they were children.

Dealing with Differences on the Playground

One of the hardest things about deciding how much to leave for a tooth is that parents don’t want their child to get a lot less than other kids, as it can cause confusion and disappointment. Visa has a solution to this problem, however, with its Tooth Fairy Calculator app, which gives you an idea of how much a parent in your age group, income bracket, and education level are leaving for a tooth.

Even the Tooth Fairy Is Affected by the Economy

How much do you think the Tooth Fairy should leave these days?